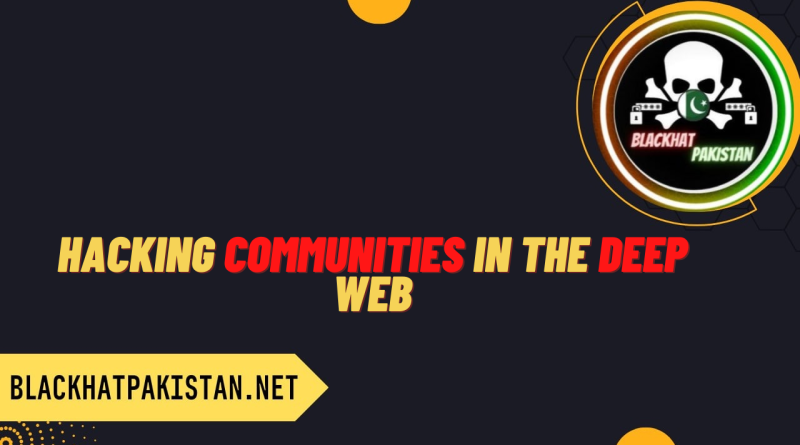 Today we will learn about Hacking communities in the deep web.

The role of hackers has changed over the years, in the past these professionals were considered dangerous criminals to be kept at arm’s length; meanwhile, they are now highly sought after by private companies, intelligence agencies and criminal gangs.

“An increasing number of modern business operations rely on understanding the risks associated with software that can be easily vulnerable to hackers.” Reported in an article I published on the Fox News website about the role of hackers.

Hacking services are among the most attractive commodities in the underground market, it is possible to hire a hacker to request a “realistic” penetration test, or pay to take over a Gmail or Facebook account for cyber espionage.

Hacking communities in the deep web

How much does it cost to hire a hacker? How to do it and what is the price for their services?

Journalists from Business Insider recently published a post that detailed the prices of the major hacking services available online. According to Business Insider, an individual who wants to hack someone’s Gmail account will have to pay about $90.

“Gmail hacking can come in handy if you’ve lost your account password, manage other people’s business accounts, or just want to brush up on your computer skills,” the post states. “‘If you want to crack Gmail passwords, you can hack Gmail using browser settings, phishing and keylogging software, and special scripts.

An investigation by journalists revealed that a hacker can steal $15 worth of Hilton HHonor points or compromise a NetFlix account for just $1.25.

Other common commodities in the hacker underground are hacking courses that cost $20 and hit-and-run attacks like DDoS or website defacement.

“Web Hack or DDoS. It pays well.” is the message of a hacker who promises to hack a website built on WordPress for “2,000 euros”.

Hacking services can be purchased in a variety of ways and probably the most interesting place to meet members of the major hacking communities is the Deep Web… let’s explore!

Diving in the hacking communities

The number of hacking communities on the Deep Web is very high as stated by several investigations published by security firms and cyber experts, hackforum, Trojanforge, Mazafaka, dark0de and recently TheRealDeal are just a few examples.

Most hacker communities are closed to the public and you have to ask to be invited to the discussions. In many cases, these groups specialize their activities on specific topics and practices (eg, social media hacking, data theft, malware and exploits, and hit-and-run attacks (eg, DDoS, website hacking).

Among the invite-only communities are several hack forums, an example of which is the popular Trojanforge, which specializes in malware and code reversal.

Let’s begin our tour of the Deep Web with the results of a study conducted by experts from the Dell Secure Works Counter Threat Unit (CTU) to see what has changed since the release of the report and what are the dynamics and trends behind the hacker communities. underground. In 2013, experts from the Dell Secure Works Counter Threat Unit (CTU) published a very interesting report titled “The Underground Hacking Economy Is Alive and Thrive.” which investigated online marketplaces for stolen data and hacking services. The study reported the goods sold on the black market and the associated costs. A year later, the same team of researchers at Dell SecureWorks released an update to their study of black hat markets, titled “Underground Hacker Markets,” which noted a number of notable trends.

Researchers have seen a growing interest in personal data, particularly any documentation that could be used as a second form of verification, including passports, driver’s licenses, social security numbers and even utility bills.

Another characteristic of the development of underground markets in the last year is the offer of Hacker Tutorials, as we have seen that this kind of product still represents an element of attraction in the hacking community.

The tutorials provide instructions for criminals and hackers looking to break into business with stolen credit card data, information on running exploit kits, how to organize spam and phishing campaigns, and how to organize hit-and-run DDoS attacks. .

“These guides not only explain what a Crypter, Remote Access Trojan (RAT) and exploit kit are, but also how they are used, which ones are the most popular, and what hackers should pay for these hacking tools,” the report said.

Other tutorials offered in hacking communities include instructions on how to hack an ATM and manage a network of money mules, which are the main players in the process of extracting money from any illegal activity.

The results of the investigation carried out by experts at Dell confirm the findings of another interesting report published by TrendMicro on the activities of the Brazilian underground, which is characterized by the availability of a significant number of similar products and services. Hacker communities are very active in selling stolen credit cards, differentiating their offerings to reach a wider audience and providing tailored services at higher prices.

“It’s clear that underground hackers are monetizing every piece of data they can steal or buy, and are constantly adding services so that other fraudsters can successfully conduct online and in-person fraud,” the report said.

The following table, which I found on Twitter, lists the services and products with their associated prices expressed in both Bitcoin and Euros.

I suppose I’m quite afraid of the amazing number of offers from supposed hackers who advertise their services on various underground hacker forums. Experts found in many hacking communities can help you perform a penetration test on your site or exploit known bugs on vulnerable sites you intend to compromise.

Let’s start our tour from the “Rent-A-Hacker” site; it appears to be managed by a single hacker who presents himself with the following statement:

“An experienced hacker offering his services! (Illegal) Hacking and social engineering is my field since I was 16, I never had a real job so I had time to really get good at hacking and I’ve made a decent amount of money over the last +-20 years.
I used to work for other people, now I also offer my services here for anyone with enough cash.

The hacker explains that he is a professional hacker specializing in illegal hacking services that he offers to “destroy some business or people’s life”.

Reading his description, it seems that he specializes in hacking websites and probably manages a botnet that he offers for DDoS attacks.

The hacker also explains that he is able to run a spying campaign and track pedos online. Among the services it offers is also the collection of private information of any individual, anyway, each step could be done by paying an hourly rate, which is about $100, of course, the prices depend on many factors, including the complexity of the assigned task. to an expert.

Payments are of course anonymous and are made through the virtual currency Bitcoin.

While surfing the Tor network, I found several black markets and forums offering hacking services, “Hacker for hire” (http://hacker4hhjvre2qj.onion/) is one of them.

As we have seen, it is not that difficult to hire a hacker in the many black markets available on the Deep Web, especially when someone needs simple tasks. The situation is quite different when you are looking for a professional hacking team to hire; these groups usually use different channels to communicate with a limited number of clients. Another consideration is that most of the services offered through several hidden services are scams and in many cases hackers are unable to complete their tasks.

For this reason, users intending to hire a hacker usually refer to black markets because of the reputation mechanisms they implement.

Another consideration is that the prices for different hacking services are very similar in different forums or hacking communities, which allows us to track developments and trends in the hacker underground. For example, price fluctuations could be caused by the sudden availability of a product in the criminal ecosystem. The availability of a large amount of data related to a data breach could cause the price of a single record to decrease and keep the hackers’ bid against the clients of the affected organizations.

This information is extremely valuable to law enforcement agencies and those who constantly monitor criminal groups and their operations.

If you are interested in a career in ethical hacking, consider enrolling in an Infosec hacking course!

Interested in learning more? Check out these articles How much does it cost to become a penetration tester?

How to advance your career as a penetration tester

A deep look into the Brazilian underground cyber-market 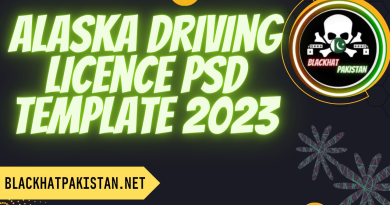 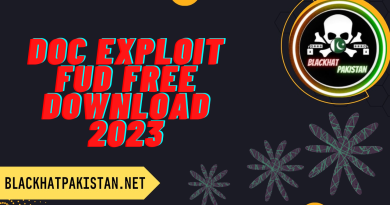 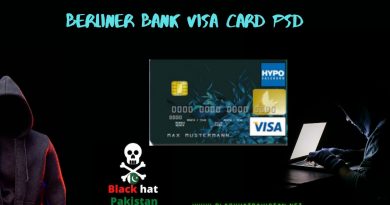